This Friday, October 6 is Manufacturing Day! As a family owned manufacturer who has been in the industry for 115 years, National Band & Tag is proud to support the manufacturing field. 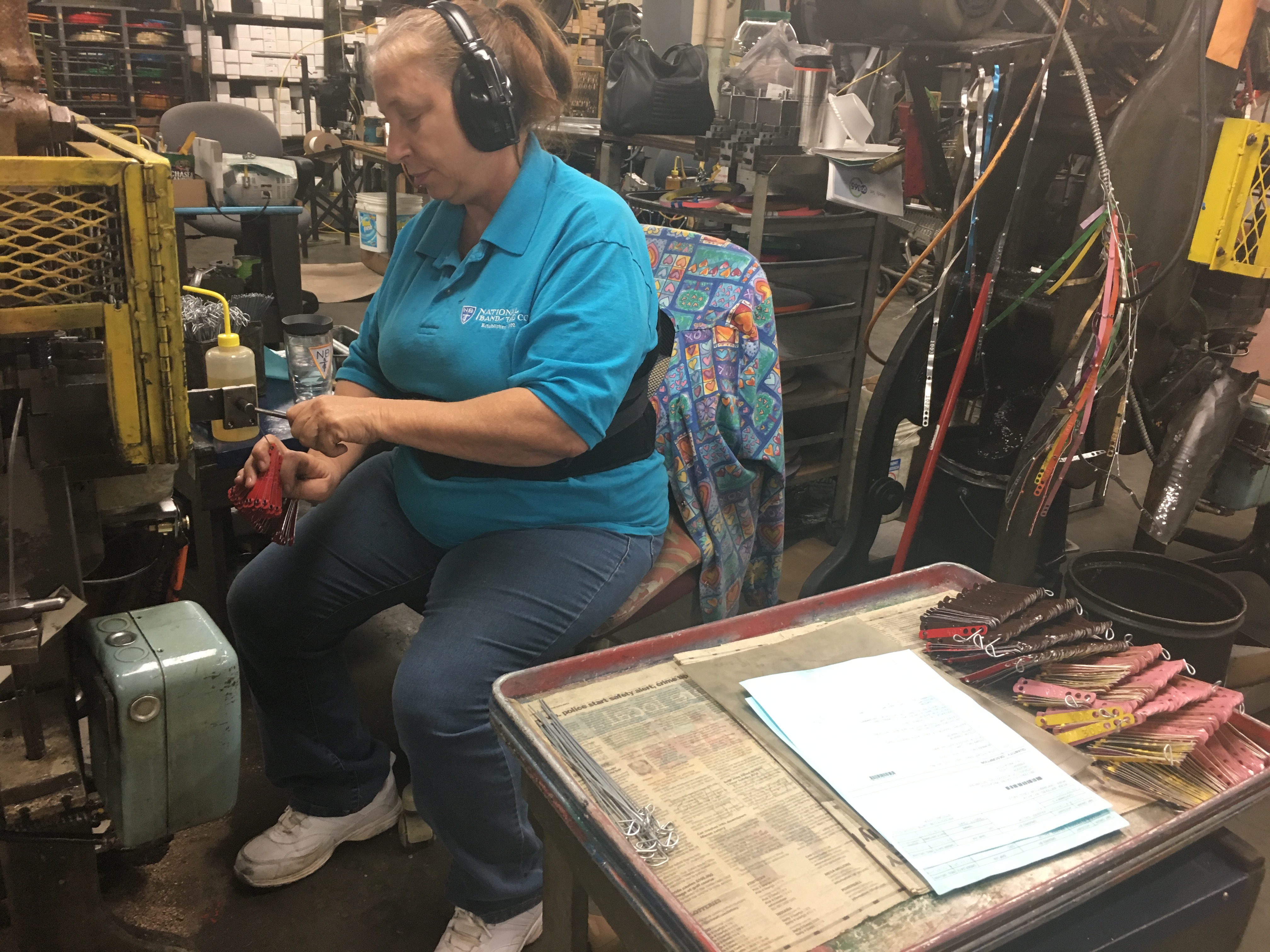 One of our dedicated employees, Betty, operating a leg band press.

To celebrate manufacturing day, here are 12 facts about manufacturing, provided by the National Association of Manufacturers (NAM):

2018 World Rabies Day Customize your bands with your logo! Scroll to top