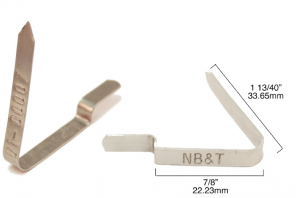 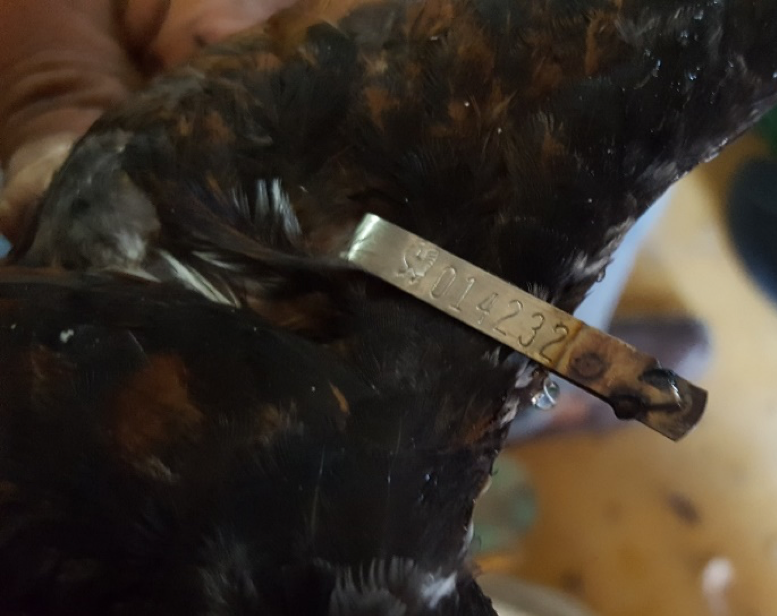 Introducing National Band & Tag’s newest product to the wing band line – Weldable Stainless Steel and Aluminum Zip Wing Bands! The edges of these bands can be welded together using a spot welder to create a completely tamper resistant wing band. 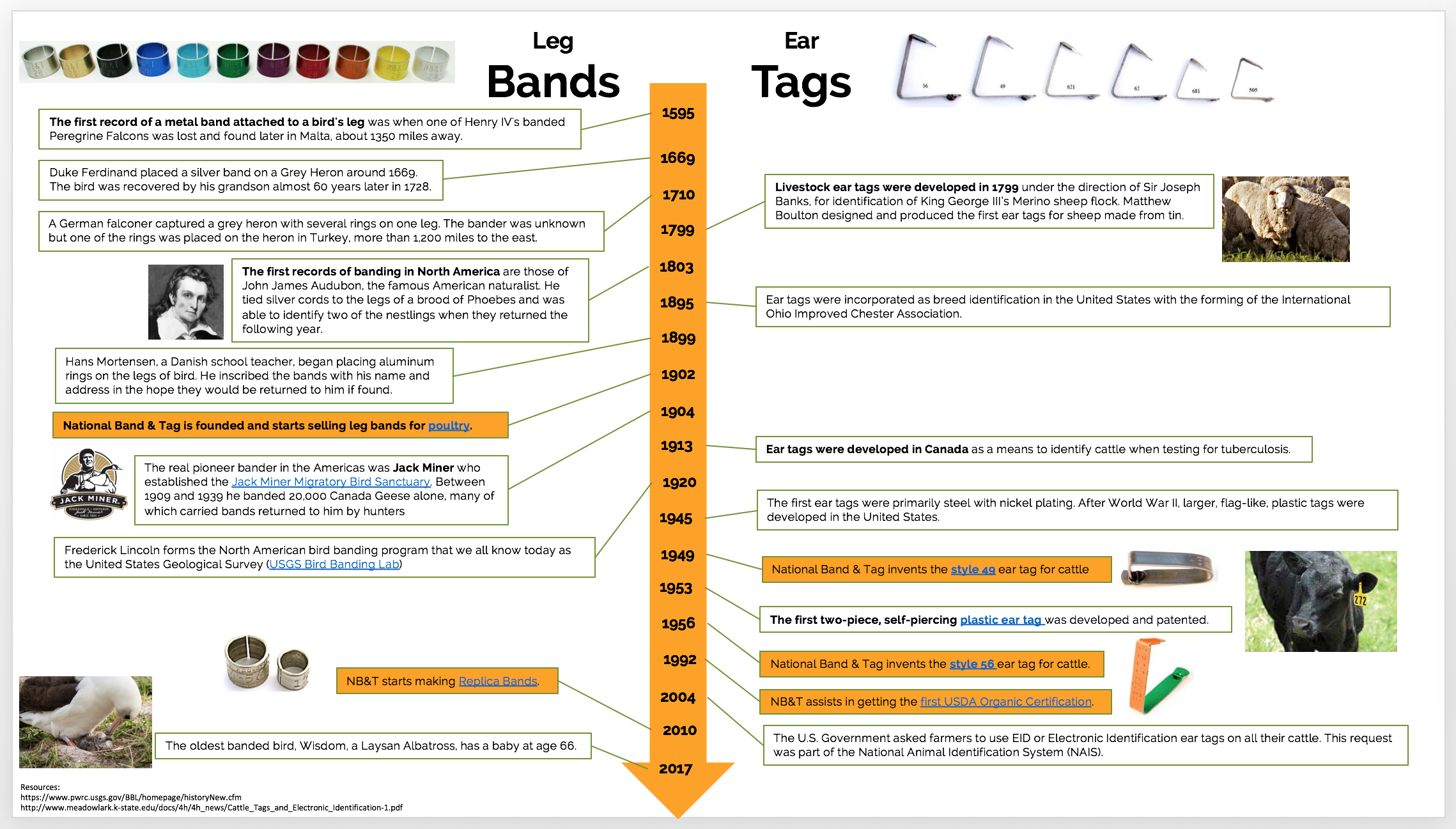 1595 – The first record of a metal band attached to a bird’s leg was when one of Henry IV’s banded Peregrine Falcons was lost and found later in Malta, about 1350 miles away.

1710 – A German falconer captured a grey heron with several rings on one leg. The bander was unknown but one of the rings was placed on the heron in Turkey, more than 1,200 miles to the east.

1803 – The first records of banding in North America are those of John James Audubon, the famous American naturalist. He tied silver cords to the legs of a brood of Phoebes and was able to identify two of the nestlings when they returned the following year.

1899 – Hans Mortensen, a Danish school teacher, began placing aluminum rings on the legs of bird. He inscribed the bands with his name and address in the hope they would be returned to him if found.

1904 – The real pioneer bander in the Americas was Jack Miner who established the Jack Miner Migratory Bird Sanctuary. Between 1909 and 1939 he banded 20,000 Canada Geese alone, many of which carried bands returned to him by hunters.

1799 – Livestock ear tags were developed in 1799 under the direction of Sir Joseph Banks, for identification of King George III’s Merino sheep flock. Matthew Boulton designed and produced the first ear tags for sheep made from tin.

1895 – Ear tags were incorporated as breed identification in the United States with the forming of the International Ohio Improved Chester Association.

1913 – Ear tags were developed in Canada as a means to identify cattle when testing for tuberculosis.

1992 – NB&T assists in getting the first USDA Organic Certification.

2004 – The U.S. Government asked farmers to use EID or Electronic Identification ear tags on all their cattle. This request was part of the National Animal Identification System (NAIS).

We manufacture all our metal tags here in our factory, which means there are different tag finishes that we can provide for our customers.

For stainless steel tags, we like to recommend wet tumbling for a smooth finish. It is only an extra $15/1000 tags (Special Charge H) and it will remove any rough edges on your tag. This is an easy way to ensure that if your tag is dangling and someone grabs it, they will not harm themselves on a sharp edge. If your tag is going to be mounted, then you might not need the wet tumble finish. Polishing is recommend for any stainless steel tags that are going to be used as keychains or be handled often. Not sure which finish is right for you? Just request free samples of each finish here!

Direct from Press
Free – By request
Tags have die cut edges and are covered in an oil residue.

Wet Tumbled (Smooth Edges)
$15/a thousand
Oil residue and sharp edges are both removed, can cause some scratches to the tag.

These house shaped tags can be custom stamped with your company’s name, phone number, address, website, or any other information you need! Keychains make great promotional items for realtors to give to new home owners. These tags are also useful for:

Make sure your tenant or new home owner always has your information on hand with a keychain customized with your information. Three different sizes of house shaped tags are available, along with over 150 other shapes to choose from! 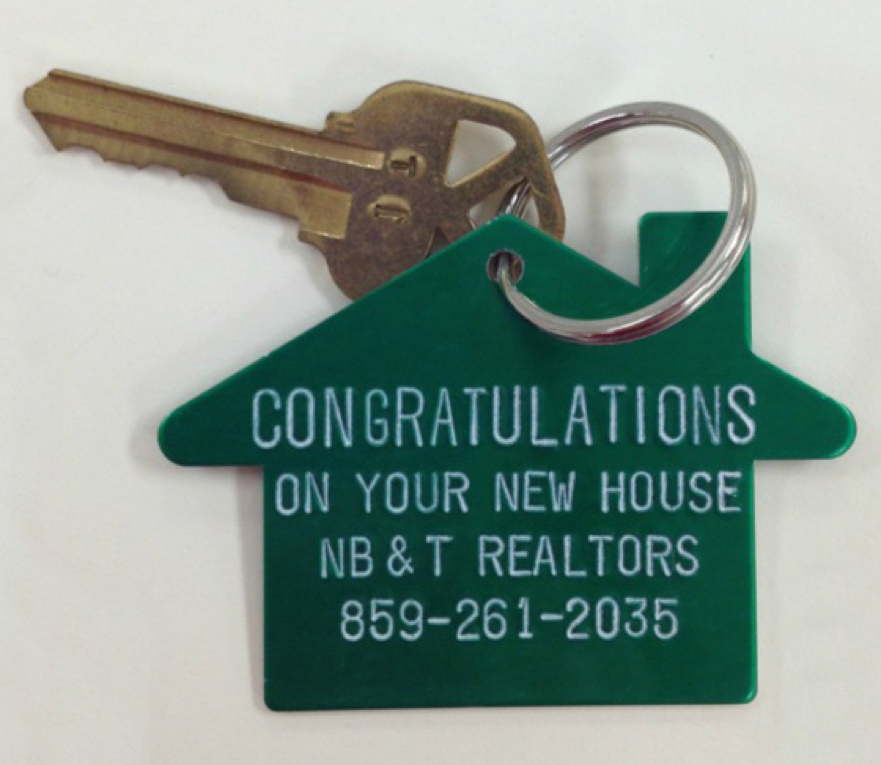