Did you know, National Band & Tag manufactures federal bird bands used by the North American Bird Banding Program? The banding program is jointly administered by the United States Geological Survey (USGS) and the Canadian Wildlife Service. They are headquartered at the Bird Banding Laboratory located at the Patuxent Wildlife Research Center in Maryland. Every year, the Bird Banding Laboratory receives about 1.2 million banding records from Master Banders, and 87,000 encounter records from hunters and researchers.

After you have encountered a banded bird, you can report the band number online to the USGS. They will then send you a Certificate of Appreciation with your name on it, information about the bird, where it was banded and where you encountered it. 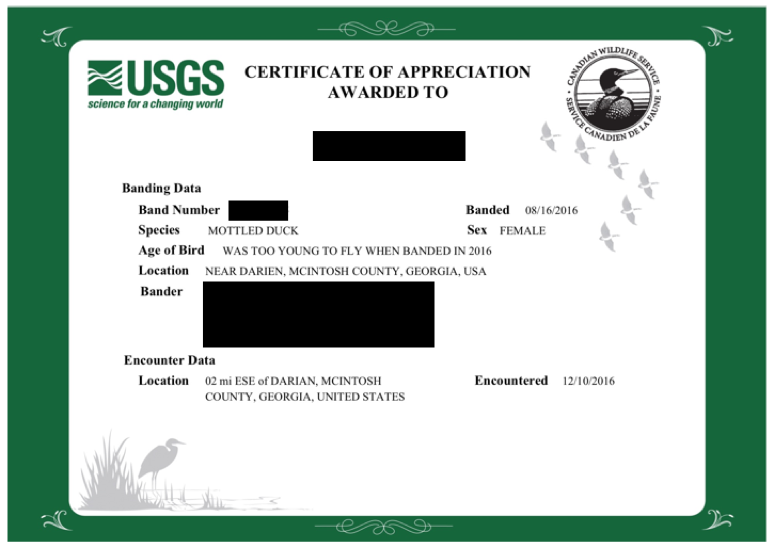 Reporting this information is important because the USGS will then relay the data back to the original bander for their research. Research can range from population, migration patterns, harvest rates, species health and more.

National Band & Tag has the approval from the Bird Banding Program to manufacture federal Replica Bands for those with a Certificate of Appreciation. These are exact replicas of the original federal band that you found on the bird. Authentic federal bird bands cannot be replicated by anyone else except National Band & Tag. Replica Bands are popular for groups of people who aren’t sure who shot the banded bird, for those who lost the original band, or for hunters who want the original band on their mount and a replica for their lanyard.

We looked at Replica Band orders from 12/1/13 – 12/31/2017 and collected data from the Certificates of Appreciation to see what species, sex, age, etc. the birds are that we make the most Replica Bands for. Below are our findings.

Q: What species of bird are the most Replica Bands made for?
A: Mallards 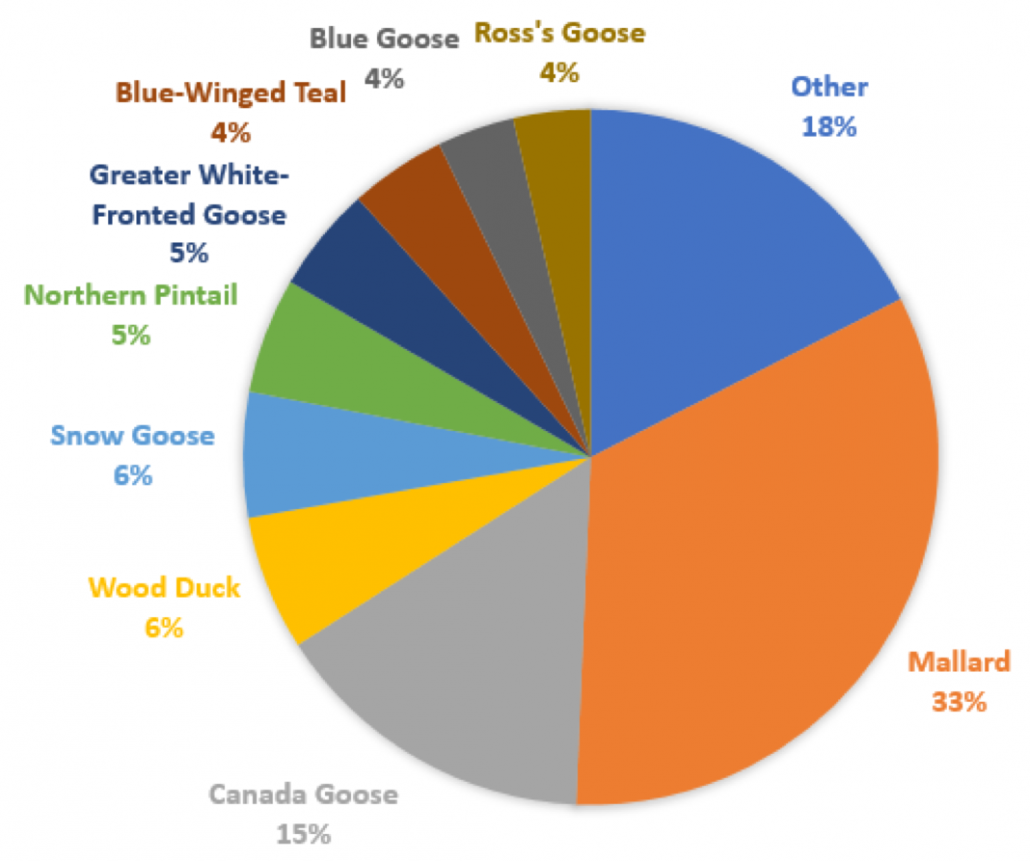 Q: Are Replica Bands made for more male or female birds?
A: Male 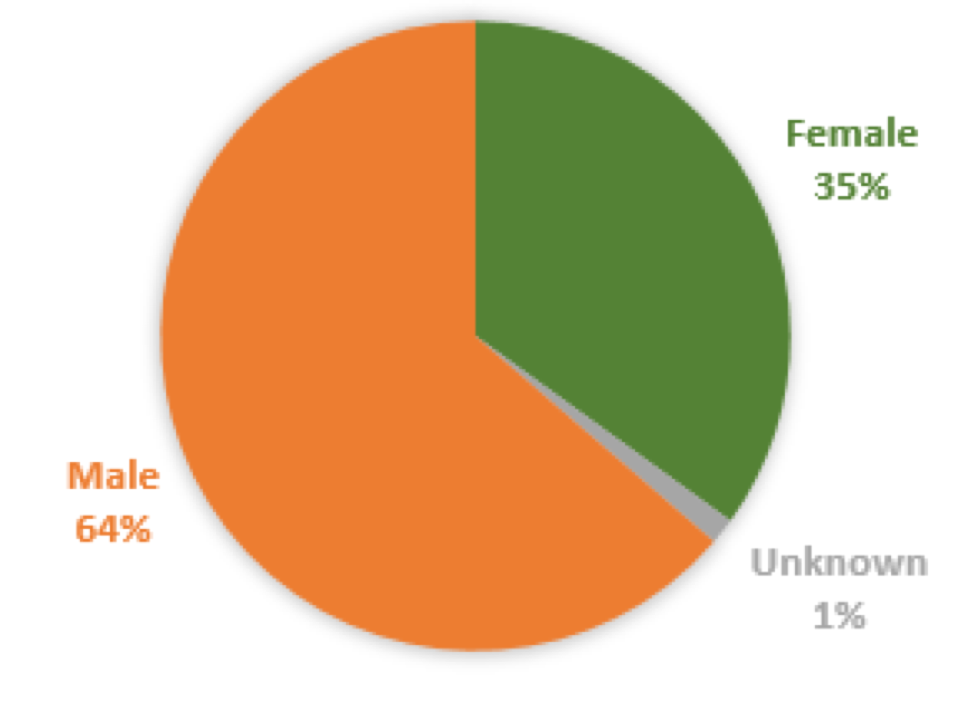 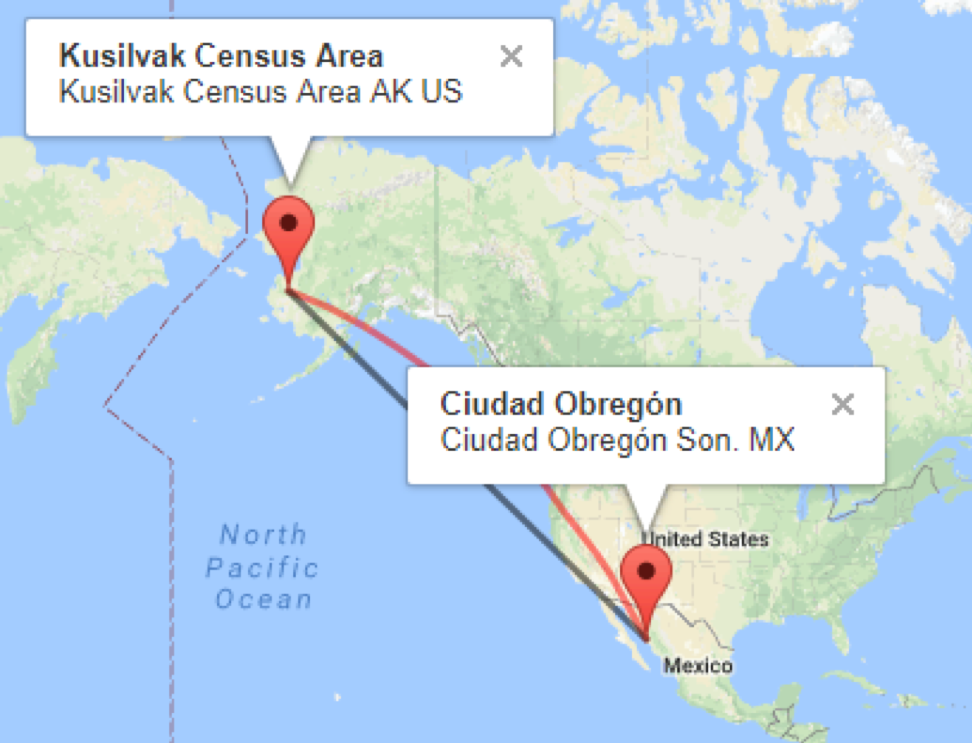 Q: What species of bird had the farthest distance between banding and encounter locations within the continental United States that a Replica Band was made for?
A: 1,602 miles (2578 KM) – Male, Green-Winged Teal, hatched in 2009, banded 9/23/2009 in North Dakota, encountered 1 /11/2011 in Louisiana. 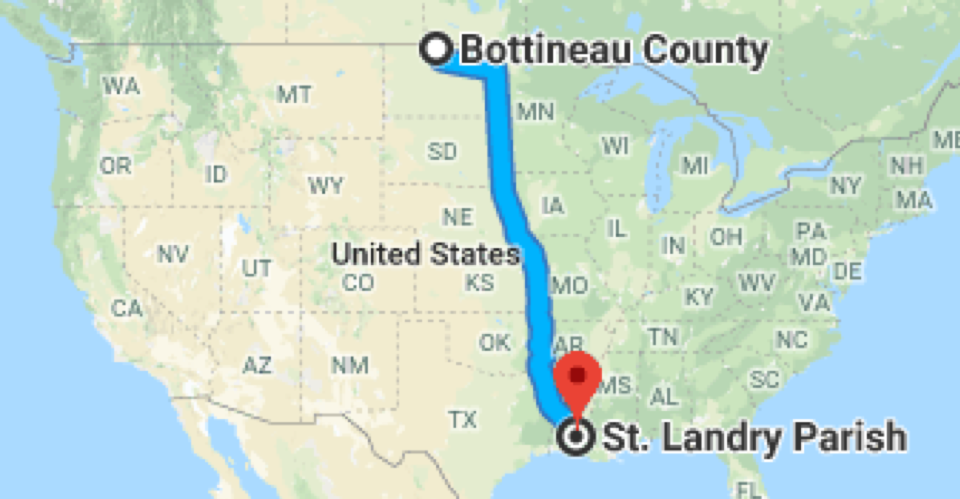 Q: Are more Replica Bands made for birds that were originally banded in the United States or Canada?
A: United States – 55% of Certificates of Appreciation (Canada 45%)

Q: What year were the most birds banded in that a Replica was made for?
A: 2013

Q: What state had the most encounters that a Replica Band was made for?
A: Arkansas and Louisiana

Q: What is the average amount of time between a bird being banded and encountered that NB&T Replica Bands are made for?
A: Average of 3 years

Are you interested in ordering a Replica Band? Get information, pricing, and more here.